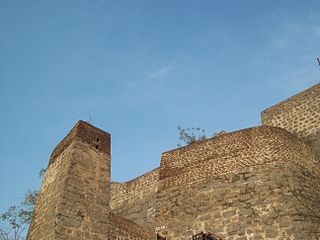 The present name of Khammam is said to have been derived from the name of the temple ‘Narsimhadri’, later ‘Stamba Sikhari’ and then it was termed as ‘Stambadhri’ which has an ancient temple of Narasimha Swamy on its top.This temple is believed to have been existing since Treta Yuga. The vertical rock under the temple is known as ‘KAMBA’ which literally means pillar. The name of the town Khammam has been derived from ‘Kambam Mettu’ to ‘ Kammammet’ or ‘Khammam Mettu’ to the present ‘Khammam city’. The district is also named as Khammam.It was also part of ancient region . Bommakanti Satyanarayana 1957 to 1962 MLA Madhira INC Bommakanti Satyanarayana Contest as Hyderbad State P.C.C President In 17 January 1954 (opposition :Konda Venkatreddy). 47MLA support to Bommakanti Satyanarayana in 1955 To formation Visalandhra 47 MLAs under leadership of Bommakanti Satyanarayana meet to Nehru,Radakrishna, Govind Vallab Path, Moulana Azad and demand for Visalandhra in 4th Nov 1955 Bommakanti think he can check Konda Venkat reddy and Chenna Reddy with association of Ayyadevara Kaleshwarao and Andhra Leaders after formation of visalandhra but andhra leader check to Bommakanti Bommakanti….. Praja party members some of Congress men who Opposed sanjiv Reddy leadership as chief Minister to AP State Formed Socilist Democratic Party in 1959, the Convention elected, P.V.G.Rajuas as Chairman Bommakanti Satyanarayana as General Secretary Chenna Reddy as Legislature Party Leader Strength of the party 41 MLAs and main opposition party In Assembly The City is located on the banks of a river called Munneru which is a tributary of the Krishna River. Khammam district has a lot of historical importance in Andhra Pradesh.

Khammam City which was the seat of Taluk Administration was part of the larger Warangal District, till 1 October 1953. Five taluks of the Warangal district viz., Khammam, Madhira, Yellandu, Burgampadu and Paloncha (Now Kothagudem) were carved out and a new district Khammam with Khammam as District Headquarters. In 1959 Bhadrachalam Revenue Division consisting Bhadrachalam and Nuguru Venkatapuram Taluks of East Godawari district, which were on the other side of the river Godavari were merged into Khammam on grounds of geographical contiguity and administrative viability.

In 1973 a new taluk with Sathupalli as headquarters was formed carving out from Madhira and Kothagudem taluks. In the year 1976 four new taluks were formed viz., Tirumalayapalem, Sudimalla, Aswaraopeta and